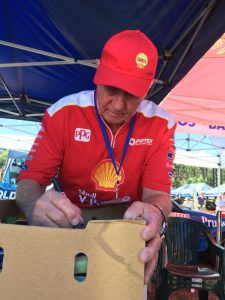 It was the 10th running of the winter edition. Their summer event will celebrate its 20th anniversary in November.

In all, over 150 competitors took part, with six timed runs taking place across the course of the weekend.

Such a broad range of cars took part, from the 1925 Austin of Justin McCarthy, all the way through to cars of the modern era, and that range spanned more than 40 manufacturers. 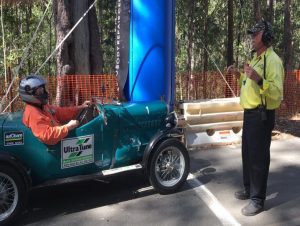 The outright winner, was the Hayabusa-powered Dallara F392, with Michael Von Rappard behind the wheel.

Von Rappard started the weekend with a blistering 51.93 run, and improved in his fifth run, clocking a new record for the 14-turn, 1.5km course, of 51.38, but it was the final run that had everyone talking, as he set another course record, absolutely smashing his previous best, to record a 50.55.

Enjoy the run, with thanks to All About Photography.

When Michael returned to the pit paddock, our Zak Caban was waiting to have a chat with him.
Video courtesy of Gerry Murphy and the Noosa Beach Classic Car Club‘s Facebook page.