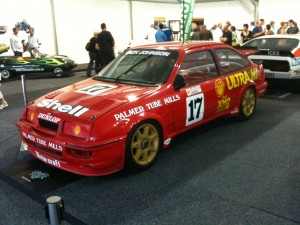 If you’re a night owl, and you love your Motorsport, the Seven Network has got something special for you to get you through these summer nights – yes, it’s not just about the Tennis in January.

Every morning this week, 7MATE will screen episodes from Series 2 of Shannon’s Legends of Motorsport, with all 12 to be seen across the next seven days.

In Eastern States, the program airs immediately after Seven’s coverage of the Hopman Cup from Perth, while it will air at 12:30am local time each morning in South and Western Australia, Queensland and the Northern Territory. 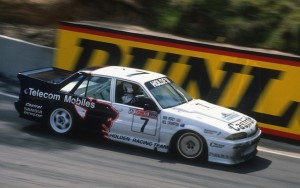 Hosted by Bill Woods, with Aaron Noonan and Mark Oastler, the series features prominent figures in the history of Australian Motorsport, and uses the resources of the Seven Motorsport archive to tell their story.

Season 2 is a bit different to Season 1, with four special episodes, including three documentaries – all on Bathurst 1000 events.

Episode 2 is a special with Garry Wilkinson and Mike Raymond – the men who presented the Bathurst 1000 and Australian Touring Car Championship for Seven from the late 70’s to mid 90’s.

Episode 3 takes a special look back at the 1972 Hardie-Ferodo 500 – a race that would be remembered for many reasons – the last of the 500-mile races, and the last where drivers could race solo, but most of all, because it was the start of a Mountain legacy, as Peter Brock claimed his first of nine victories.