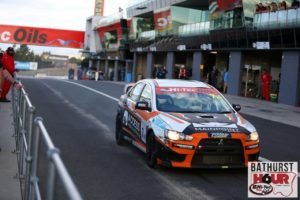 After competing in the 2017 edition of Challenge Bathurst, two-time NSW Production Touring Car Champion, Daniel Smith, will make his racing debut, at the famous 6.213km Mount Panorama circuit this weekend, when he joins forces with Graeme and Jordan Cox, in the 2019 Hi-Tec Oils Bathurst 6 Hour.

Smith has dominated Class D in the NSWPTC Championship since 2017, when he and his Honda Integra ended the stranglehold that the trusty Toyota 86 had enjoyed in the class since Chris Reeves won the outright championship in 2014.

2018 was a very successful season for the TrackSchool driver, who also won the NSW APRA (Australian Pulsar Racing Association) Series.

Smith is a well-credentialed club-level racer, but this event will be his national debut, and after competing in a front-running Class D car over the last two seasons, he’ll now be racing for outright honours, and doing so with experienced campaigners, in Graeme and Jordan Cox.

Jordan Cox is best known for his exploits in Improved Production racing, but has also featured in APRA Series enduros, World Time Attack and he also competed at the New Zealand Grand Prix just last year. 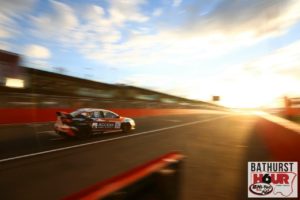 While Graeme Cox may be the elder statesman of this team, age hasn’t slowed him down. In 2016, while driving Jordan’s famous Honda Civic, he set the lap record for Improved Production (1601-2000cc) at Phillip Island’s annual Island Magic, with a 1:45.2741 – a record he still holds today, despite the car no longer being in the Cox Motorsport stable.

Last year, the father and son team, along with Michael King, were on the precipice of something special, but a centre diff failure, in the final hour of the race, saw their hopes of victory snatched out from under them – they lost nine laps, and finished down in 29th position.

This year, they’ve got a new co-driver on-board, and are out for redemption.
Over the weekend, there’ll be three 70-minute practice sessions (two on Friday, one of Saturday), all of which will be key for Smith, who lacks seat time in the Evo, and at Mount Panorama, before they go racing for six hours on Easter Sunday.

The #40 Dash Sport Mitsubishi Evo is one of six Evo entries in the 44-car field, as Mitsubishi look to end BMW’s stranglehold on the Hi-Tec Oils Bathurst 6 Hour.
The last time Mitsubishi won a long-distance Bathurst race was a decade ago, when Rod Salmon, Tony Longhurst and Damien White won the Bathurst 12 Hour.

Sunday’s race will commence at 11:30am AEST, and you can see it LIVE and UNINTERRUPTED on FOX Sports.