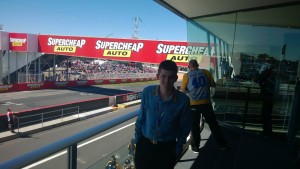 As was the case in 2014, Zak Sports will team-up with Bathurst’s 2MCE Sport, to bring you the pick of the action from the 2015 SuperCheap Auto Bathurst 1000.

Zak Caban will anchor the comprehensive coverage, which will start on Monday October 5, from 10pm AEDST, with a preview for The Great Race.

Joining him this year will be 2MCE Sport presenters Rob Douglas and Leigh Giollo, and Chequered Flag Media’s Lachlan Mansell. 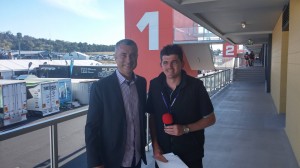 Caban will also be the executive producer and editor of the coverage, which returns to Zak Sports after the success of the 2014 coverage.

Fans will be able to listen to all the action online, via zaksports.com.au, with daily coverage from Wednesday-Sunday, of all the V8 Supercar track action, as well as interviews, the press-conference, and much more. 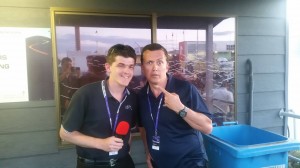 As has become tradition, we’ll be speaking to V8 Supercar Commentator Greg Rust during our coverage, as well as Sky Sport New Zealand’s anchor, Stephen McIvor.

The Zak Sports Media Facebook account will be active again this weekend, regularly updating results from all the support category racing, as well as V8 Supercar on-track sessions.

Over 7 hours of coverage will come your way, as the biggest event of the year in Australian motorsport unfolds on Zak Sports.