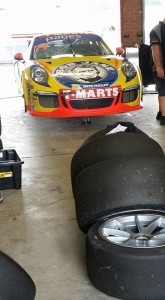 After tasting success in the Race 2 of the Carrera Cup Pro-Am with Nick Foster last season, Dylan Thomas will again feature in the field, when the annual Pro-Am is contested this weekend.

The return of the Porsche Rennsport Festival to Sydney Motorsport Park sees the Pro-Am move away from Phillip Island, where it has been staged for the last two seasons, and return to where the inaugural Pro-Am was contested in 2013.

Thomas has enjoyed much success at Sydney Motorsport Park in recent times, with race victories in Formula Vee, NSW Production Touring and most notably, last year’s Australian Manufacturers Championship 4 Hour, when he teamed up with Stuart Kostera.

Thomas’ recent outing at SMP, was in Round 2 of the 2016 NSW Formula Vee Championship, where he finished second behind Championship leader, Ryan Reynolds.

This is Round 3 of the Porsche Carrera Cup Australia season – a season that’s be very kind to McBride thus far. 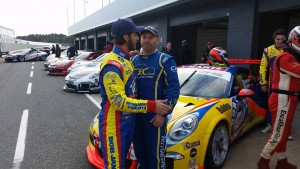 McBride won the round at the Clipsal 500, and then went on to claim an overall 2nd place finish in Round 2 of the championship, supporting the Australian Formula 1 Grand Prix.

With such a successful and consistent start to the season, it comes as no surprise to anyone that McBride holds a 23.5 point lead over Alex Davison and Matt Campbell, ahead of the two races at Sydney Motorsport Park this weekend!

In the 2015 Pro-Am, McBride co-drove with Neale Muston for a fourth and fifth place finish in the two races, while the win in Race 2 for Thomas and Foster was an improvement on their sixth place finish in Race 1.

McBride and Thomas’ will earn their money if they repeat the success of 2015. The Pro-Am field for Round 3 of the championship is nothing short of star-studded. 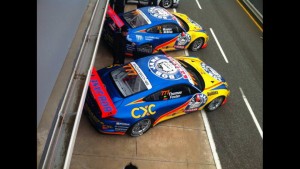 Two Qualifying sessions will be held on Saturday morning – one for each driver – ahead of a 34-Lap race on Saturday afternoon.

On Sunday, a morning warm-up will be held, ahead of a second 34-Lap race that afternoon.

All Saturday and Sunday Carrera Cup sessions will be LIVE via MotorsportsTV.com.au, with highlights to follow in coming weeks on Television.