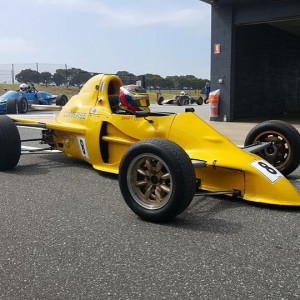 The annual Retro RaceFest at Sydney Motorsport Park is the setting for Daniel Holihan’s return to the race track, and return to Historic Formula Ford.

In the past three months, since the Annual Classic Festival of Motorsport at Phillip Island – Holihan’s last outing in his Historic Formula Ford machine, he has been focused on his Victorian and NSW Formula Ford Championship campaigns, and dabbled in some Formula Vee and Bathurst 6 Hour driving duties as well.

At Phillip Island, Holihan faced his biggest challenge of season 2016 so far – a field of 50 contested Historic Formula Ford on that weekend in March. It was a character building weekend for the Sydney driver, who finished outside the top 30, but gained valuable experience in the process – getting more familiar with the car and the circuit, while working on his race craft in the process.

Prior to that, he secured class podiums and strong outright results in his first historic meeting of the season at Wakefield Park. 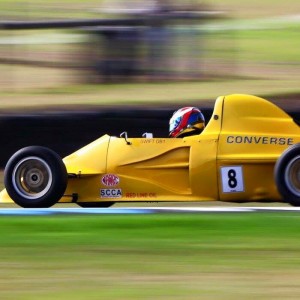 He returns to Sydney Motorsport Park just a fortnight after his last outing in the NSW Formula Ford series. In a weekend of changing conditions, Holihan secured fourth for the round, and admitted afterwards that the season to that point had taken its toll on him.

A few days of well earned R&R later, and Holihan was back at SMP, and back behind the wheel, testing both the Historic and State Championship Formula Ford vehicles – with a particular emphasis on the historic car that he’ll race in the Sydney Retro RaceFest for the very first time this weekend.

Last year, Holihan found himself at the meeting, but instead of being behind the wheel, he was behind the microphone, lending expert comments to the trackside commentary of the event. 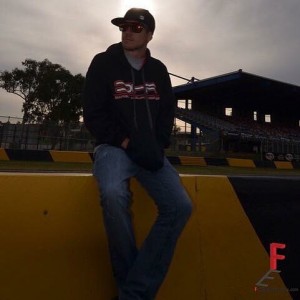 Holihan took to social media earlier this week to share his excitement for this weekend, stating that he’s wanted to race in the event for the last two years, and thanks to continued support from his team and sponsors, he’s finally getting the chance to do so.

A strong field will contest Historic Formula Ford, in a four-race program at Sydney Motorsport Park. Holihan goes into the weekend optimistic, but hopeful of a strong showing.

The Sydney Retro RaceFest is an event staged by the Historic Sports and Racing Car Association (HSRCA), in conjunction with the Australian Racing Drivers’ Club.