A special 2MCE Sport on Zak Sports presentation, as we come to you from Wakefield Park in Goulburn, for the opening round of the 2016 Australian Endurance Championship.

We’ll bring you all three parts of Qualifying in FULL, starting with the bottom 50%, then the top 50%, and from that, we’ll have our top ten for the Supashock Shootout later in the day. 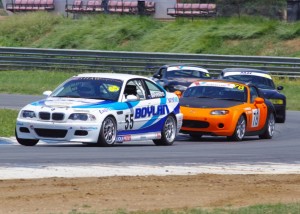 Throughout the show, we’ll catch-up with the defending Australian Endurance Championship winners, Steve and Jake Shelly, as they gear up for their defence of, not only the AEC, but also the Wakefield 300.

Dylan Thomas tells us all about his Daytona Coupe, and CXC Global Racing’s 300 campaign.

After Qualifying, you’ll hear from the driver who secured pole position for tomorrows big race.

It’s the signature event on the Wakefield Park calendar, and we set the grid tonight on Zak Sports.