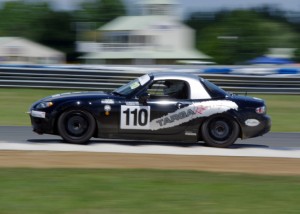 With the opening round of the Australian Endurance Championships comes the start of the new racing season for Targa Racing.

The operation, headed up by Chris Gough and Zane Al-Said, is Goulburn bound this weekend, and very well represented on the grid in the annual Valvoline Wakefield 300.

In recent years, the field has been split into two races, but for the first time since 2013, the 300 will be a one race affair, with a field of 50 taking the green flag at 12:30pm on Sunday afternoon, and that will make life busier than usual in pit lane for the Targa crew, who have had presence in both the outright and B-main races held at Wakefield Park in the last two years, winning the B-Main in 2014, with Adam Dodd and Terry Nightingale taking a Mazda MX5 to victory lane. 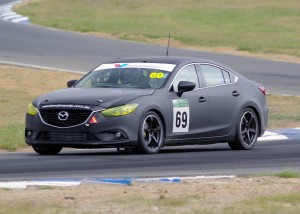 Adam Dodd and Tony Bonanno were due to team up again, after winning their division in last year’s Wakefield 300.

Sadly, Bonanno is an eleventh hour withdrawal, after sustaining a foot injury in transit to Goulburn, which left Targa Racing on the search for a replacement driver. Thankfully, Targa’s own Brian Anderson answered the call, and he will team up with Dodd for the 2016 race.

They’ll race in one of Targa’s mighty VW Scirocco’s, and that’s a new car for both drivers. Anderson raced his BMW E46 M3 in the 2015 race, while Dodd was with Bonanno in a Turbo Diesel V6 Mazda.

Chris Gough won the opening Modern Sports Car race here in November, and this weekend Justin Ruggier and Mark Mackay will be hoping for the same sort of success, when they race the BMW Z3 that Gough raced to victory on that occasion. 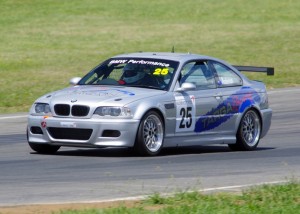 The 2014 Australian Endurance Champions are back in a car that should be in the running for outright honours on Sunday. It was a difficult title defence for the pair in the Mazda MX5 last year, so they’ll be looking for redemption in 2016.

Another combination keen for redemption is the Father and Son team of David and Rob Viner. They’ll run their trusty Mazda MX5 that has brought them so much success in the past, except last year, when an engine failure ended their race while they were leading the way in the B-Main.

The 2014 Modern Sports Cars series champions have enjoyed great success in endurance races in the past, and will be looking for a clean, trouble free run on Sunday.

The final car running out of the Targa garage this weekend will be the Mazda MX5 of Paul Shacklady and Anthony Carter, who most recently teamed up for a fifth place finish in the Winton 300 B-Main of 2015.

As mentioned earlier, Event organisers have reverted back to the one race format for the 300, after running two races in 2014 and 2015, and that’s a move that will affect the overall finishing position of Carter and Shacklady, among others, as all seven division will be on the same grid for the first time since 2013.

The Australian Endurance Championship reverts to a two-event series for 2016, with the Winton 300 playing host to the finale on November 13.

Sunday’s action will be LIVE STREAMED from 9:30am AEDST, HERE.