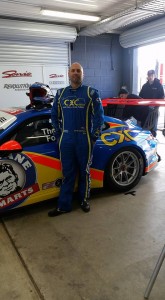 On the back of another podium finish in a Carrera Cup Pro-Am, Dylan Thomas returns to open-wheel racing this weekend, for the third NSW Formula Vee points round of 2016.

This weekend’s five race program is for Club Championship points only, as it is not part of the CAMS NSW Championships.

It’s the first club round for the category since Formula Vee marked its 50th anniversary at Wakefield Park last February, and that’s where the Championship is heading this weekend – back to Wakefield Park, as Formula Vee is the best represented category for the opening AASA NSW Championship meeting of 2016 at the Goulburn circuit.

Dylan Thomas enters the weekend as the man many expect to take victory. 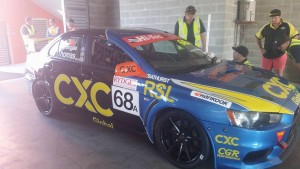 It’s the continuation of a very busy month for the Sydney Driver – last week was the Rennsport meeting at Sydney Motorsport Park, and he’ll return to that same circuit in Western Sydney in three weeks time, where he’ll be on double duty, with the continuation of his Formula Vee championship quest, and the commencement of his NSW Production Touring Car Championship campaign.

He will start as favourite on the back of a very good performance at Sydney Motorsport Park last month, where he challenged eventual winner, Ryan Reynolds for victory.

Reynolds, along with 2015 State Champion Michael Kinsella, will not race weekend, clearing the way for Thomas to bag a bundle of points, which could prove vital in the Club Championship race at the end of the season. 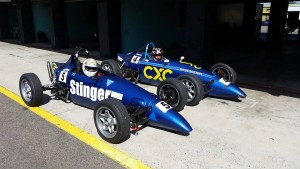 In terms of claiming victory this weekend, only one man stands in Thomas’ way – Daniel Stein.

Stein, like Thomas, is no stranger to success in this category, and is a regular contender for podium finishes and race victories – but he’s out to get much needed points this weekend. He missed out in Race 1 of Round 1 at Wakefield Park in March, and will take advantage of the absence of some big names like Reynolds, Pace, Kinsella and Horne, to close the gap – maybe even leap frog them in the points race, ahead of the next round at Sydney Motorsport Park at the end of the month.

Should Stein and Thomas end up on one another’s tail this weekend, the spectators will be the winners, as they’ll be in for quite a show. 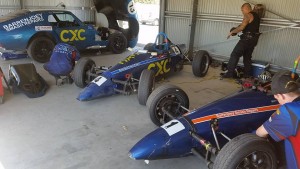 As for Thomas – the last time he got to the front of the Vee field at Wakefield Park was August last year – he clean-swept the weekend, and won the NSW Production Touring enduro as well.

Race weekend’s are about so much more than the racing itself for Dylan Thomas – his team, CXC Global Racing/Team Stinger is heavily involved in Formula Vee racing, with the stable often represented by four or more entries in the field at each round of the series.

One of those drivers is Stephen Butcher – who is a multiple champion in the 1200cc division, but has given himself a bigger challenge in 2016, by moving up to the 1600cc class. 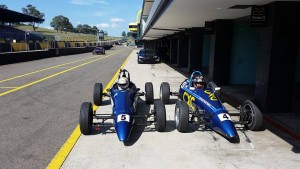 6th at the last round of the series will fill him with confidence, and hope of a strong finish at Wakefield Park this weekend. It’s likely he’ll battle with Darren Williams and Craig Sparke for third place, behind Stein and Thomas.

It promises to be a fantastic weekend of Formula Vee action – Qualifying and 2 races on Saturday, ahead of another three races on Sunday, on a weekend that has the potential to benefit those in attendance when it comes to the Club Championship standings at the end of the year.

The full compliment of drivers will be back on-track when the Championship returns to Sydney on May 28 and 29.

Keep an eye on the CXC Global Racing Facebook page for updates throughout the weekend.