Sydney squad to use Muscle Car Masters event to test parts, collect data, as they prepare for a date with the Mountain on April 1. 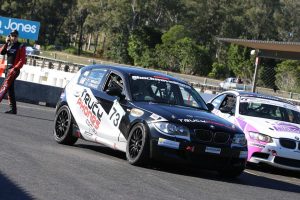 One of the cars to watch in Class C at next year’s Hi-Tec Oils Bathurst 6 Hour, will be the TLA Racing BMW 130i of Brent Edwards, David Bailey and Matt Thewlis.

TLA Racing, headed by Trevor Mirabito, will have their first run in the Easter Sunday Classic on April 1, in Class C, which is fast becoming one of the more hotly contested divisions in the field.

Their racing preparations begin this weekend in Sydney, when Brent Edwards lines up in the NSW Production Touring Cars non-championship round, as part of the annual Muscle Car Masters.

Edwards will fly up from Victoria to drive the car that he’ll share with fellow Victorian, Matt Thewlis, and David Bailey next Easter. 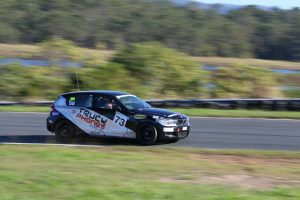 Bailey and Thewlis are no stranger to the Hi-Tec Oils Bathurst 6 Hour. They teamed up to finish third in Class D, in Bailey’s Toyota 86 earlier this year, and they’ll bring their experience to the TLA Racing garage for the 2018 race.

Edwards, supported by TruckPhones.com.au, will run the three sprint races to start their Bathurst preparations, testing new parts, and collecting valuable data, as they aim to hit the ground running at Mount Panorama. 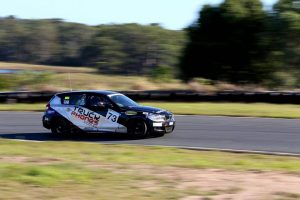 The 6 Hour is only five months away, and as the team build towards their maiden 6 Hour start, they do so with great business support from the Greater Sydney Area, and ‘build’ is the operative word, as they’ve slowly been rebuilding this race car since acquiring it earlier in the season.

The 130i made its debut at Lakeside Park in June, when Edwards drove with team owner Trevor Mirabito, to score victory in Class C, in the State of Origin round of the championship. 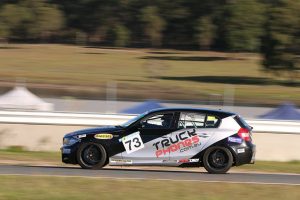 Of course, the team at TLA are no stranger to rebuilding, or building cars to compete in the Production Touring Car Championship. They built, developed and succeded with their work on the Showtell Racing Clubsport of Mark Caine earlier this year, when the Class A2 racer took out the MoComm Cup, after a flawless endurance season. 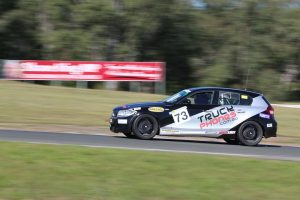 It’s support like the above that helps the low budget teams, like TLA, get to the grid, and as history shows, while they don’t have the biggest budget in the lane, they certainly hold their own when it comes to their on-track results, and Mirabito is hoping that will continue on Easter Sunday at Mount Panorama.

For Matt Thewlis and David Bailey, the 6 Hour will be the first time they’ve teamed up since Bailey nasty shunt at Sydney Motorsport Park in July, where his Toyota was unfortunately written off, after his smashed into the wall, on the inside of the circuit, on the exit of turn one. 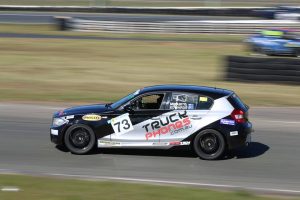 While Bailey is working on a new car for next season, he and Thewlis will move up to Class C for their Mountain Campaign, and bring their loyal sponsors with them.
Both have tremendous motorsport experience, across a number of categories, and a number of cars, and it’s that experience that will make the TLA Racing BMW 130i a serious contender in Class C.

There are already nine cars entered in Class C for the April 1 race, and the team at TLA know their main rival within will be Gary Mennell’s On Track Motorsport outfit, who won the class in 2017, with drivers Robert Rubis and Dunlop Super2 Series front runner, Todd Hazelwood. Trevor Mirabito has said that TLA will be watching their (On Track Motorsport) progress closely in the lead up to the April 1 event.

The countdown to Bathurst begins on Friday, when Brent Edwards takes to the circuit at Sydney Motorsport Park for unofficial practice, ahead of Qualifying and Race 1 on Saturday, before two more races on Sunday round out the weekend.