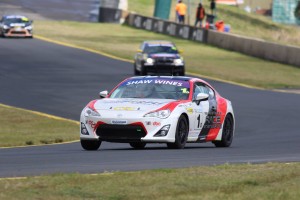 It’s been a hugely successful season for the Shaw Vineyards NSW Production Touring Car Championship, and it all ended at Sydney Motorsport Park on the final weekend of October, when our Club, State and Class Champions were crowned!

Enjoy the highlights of all three races, as presented by the team from More Driven Media, with commentary from Zak Caban.

The 2016 NSW Production Touring Car Championship commences with the Bathurst Motor Festival, and the Hi-Tec Oils Bathurst 6 Hour from March 25-27.