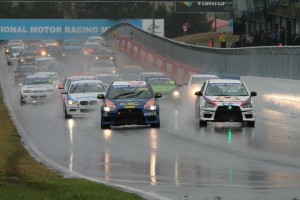 For years, the New South Wales Production Touring Car Championship has been a prominent series within the state, but in 2016, they take another step closer to being prominent on a national scale.

The 2016 provisional schedule has been released,, with the series set to expand from six to seven events for next season, and also an increase in racing time to go with it.

The category will headline the inaugural Hi-Tec Oils Bathurst 6 Hour at Mount Panorama from March 25-27, and end the season interstate, with two one-hour races at Winton Motor Raceway. 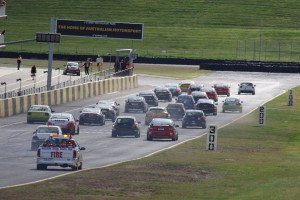 Both events will count towards the Club and MoComm Cup Championships, while the other five events sandwiched in-between, will make up the State Championship portion of the season, with the series returning to Wakefield Park and Sydney Motorsport Park, for a mixture of sprint and endurance racing.

The series stretches out seven weeks more than it did in 2015, with the season to commences one week earlier than 2015, and end later than ever before, on the opening weekend of December.