Oosthuizen Leads the Charge, as Champions Join the Fold at SMP. 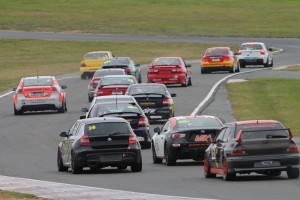 RECORD NUMBERS will flock to Sydney Motorsport Park this weekend, for the second round of the 2016 V8 Superlaps New South Wales Production Touring Car Championship.

THIRTY-NINE drivers are entered for the sprint round, including the defending champion, Chris Reeves, and last year’s MoComm Cup winner, Dylan Thomas.

Brett Heeley was entered to contest this round, but has withdrawn to focus on the 2016 MoComm Cup, which will begin in Goulburn on July 2. 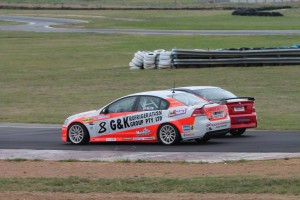 Entries are evenly spread across all classes, which should make for close racing. Class D, notably, has four Toyota 86’s, which again highlights the interest in, and reputation of that motor car at the moment.

Chris Reeves is on a hat-trick in NSWPTC. The two-time defending champion is back, after missing the opening round in Goulburn, and looking for his third championship, but standing in his way will be the likes of Dylan Thomas, Matthew Holt and Daniel Oosthuizen, who all featured in the overall points battle in 2015.

Reeves noted Oosthuizen as a real championship threat, after he won three of the four races in the opening round of the series, which gives him a significant head start over Reeves and Thomas in the Club Championship points race, but it’s a clean slate in the State Championship battle, which commences this weekend. 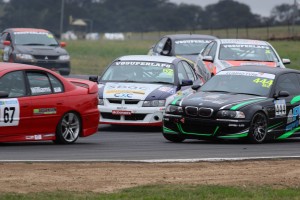 It’s a busy time in the championship, as those five rounds are held across a period of less than four months, before a 10-week gap separates the last state round at Sydney Motorsport Park, and the Club Championship finale at Winton in Victoria, on the opening weekend of December.

Other notable entries in the field include Bathurst brothers, Blake and Kyle Aubin. After taking their Renault Megane to 14th outright in the Hi-Tec Oils Bathurst 6 Hour, the pair have expanded to a two-car operation for this weekend’s sprint round – Kyle will remain in the Renault, while Blake will jump behind the wheel of the only Holden Astra on the grid. 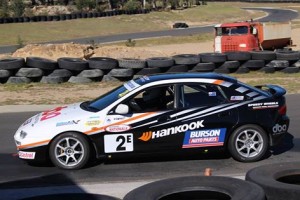 The Championship is no stranger to breaking new ground, and that continues this weekend, with the debut of 14 year old, Finley Hills. The junior driver will make his circuit racing debut in the NSWPTC this weekend, following in the footsteps of Alex Rullo, and Jake Kostecki, who have debut at the same age in other categories.

Hills will pilot a Mazda Astina this weekend.

Former Modern Sports Car racers Sam Silvestro and Richard Allen will join the NSWPTC field in their BMW’s. Matt Shylan is back on the grid, and will race a Honda Integra, after teaming up with David Bailey in the Toyota 86 at Bathurst.

Bathurst class winner Tony Virag headlines the battle for Class A2 honours, while Jim Pollicina is back on the grid in his HSV GTS – a car which Dylan Thomas has said will be a threat in race conditions.

Kelly Simpson will represent the girls in a Toyota Celica. Clay Skinner is on the grid in a Mitsubishi Evo, and Daniel Byron has moved from his trusty Mazda MX5 into a Subaru WRX for 2016.

Three 20-minute races will be contested this weekend. Qualifying has never been more important, given the sie of the field. Finding the clear air to bank a respectable lap time won’t be easy. 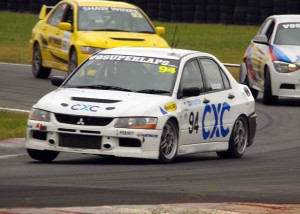 As for the weather, Sunday is expected to be fine – but, there’s the possible chance of showers on Saturday morning, before a sunny afternoon, and that could throw the cat among the pigeons in Qualifying – if it’s wet, the four-wheel and all-wheel drive cars will be the big winners. That said, if the track dries for Race 1, there’ll be plenty of action, as those who run better on a dry track will come to the fore.

This weekend marks the start of the new broadcast agreement between the NSWPTC and 2MCE Sport, with the Bathurst broadcaster to air a full replay of Races 2 and 3 on Monday night. 2MCE will showcase 10 of the remaining 13 races in the NSWPTC.

Free entry to Sydney Motorsport Park on Saturday for spectators, and a $15 admission fee for Adults on Sunday.