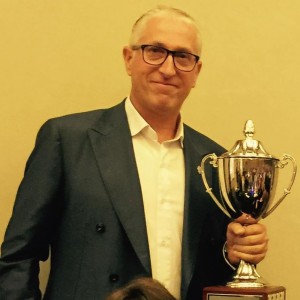 This award helps carry on the memory of Tony Murphy, the brother of the series president Gerry Murphy, who dreamt of racing, but never got to live the dream.

Of course, Gerry has enjoyed the opportunity to go racing, and does so with Tony not too far from his mind.

It’s an award that is voted on by the drivers, for the driver they feel has been the best and fairest on-track this year, and in 2015, our champion was the recipient.

It’s an award that symbolises everything that this category represents: a driver who is fair, respectful both on and off the track, and a driver that is valued by their peers as a fellow competitor. 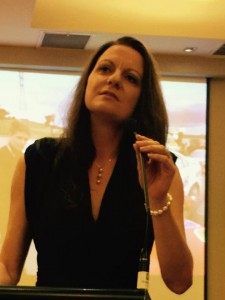 Leona Murphy did the honours of presenting the award, saying:
“You get to tell those people who you respect, you really care for, and like to compete with, that you really like what they do on a race track. It’s wonderful to be recognised by your peers for being a wonderful racer, but (also) a genuinely great bloke.” 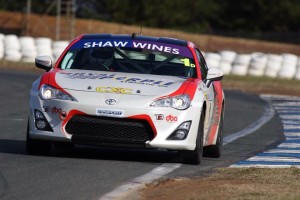 Reeves, who had already picked up trophies for victory in the outright Club Championship, as well as Class D, was quite overwhelmed when receiving the award from Murphy.

Reeves said “This means more to me than the championship. To have that sort of respect (from fellow competitors)… I love racing with everyone.”

Chris Reeves, not only a back-to-back champion, but also the best and fairest in his Toyota 86 in season 2015.