State Championship Battle To Heat Up In The Last Enduro Of 2015.

It’s the penultimate round of the 2015 State Championship, and we’re heading back to the venue of the first state round in May… It’s Sydney Motorsport Park, the western Sydney circuit celebrating 25 years, that will play host to an action packed weekend of racing.

Last time the Shaw Vineyards NSW Production Touring Car Championship was here, it was for sprint racing. Three races, and three different winners, in a weekend dominated by mixed weather conditions, and weather is likely to be a factor again this weekend.

Sydney is expecting a shower or two on Saturday, and a possible morning shower on Sunday, which, if it’s correct, should hopefully come and go before the main race commences. 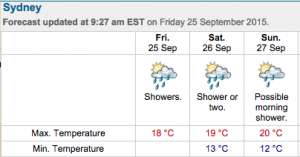 Rain likely to play a part in Round 5 of the Championship.

Top temperatures around 19 and 20 degrees, which is very pleasant for both drivers and fans.

The Shaw Vineyards NSW Production Touring Car Championship will take to the track for Qualifying at 9:40am AEST (Driver A) and 11:20am AEST (Driver B), ahead of sprint races for BOTH drivers after lunch.
On Sunday, no morning warm-up, or top-ten shootout like we saw at Wakefield Park. Instead, straight into the one-hour race straight after lunch, with a race start time not yet known, but likely to be between 12 and 1pm local time.

Dylan Thomas is in control of Class A1 at the moment, while Steve Hodges leads Class A2, and Chris Reeves leads Class D… Now, that isn’t overly exciting, but what is, is that these three men are separated by just FIVE points in the outright State Championship standing, and Daniel Oosthuizen, who’s second to Thomas in Class A1, is just another four points back, and in a Championship where the points are distributed based on where you finish in your class, and not overall, this is a captivating contest that’s well and truly alive with two rounds, five races to go.

No wonder this championship is among the most popular in the state and country at the moment, when it give us a scenario like that… one error from any of those drivers in the remaining five races, and it could spell the end of their outright championship aspirations!

Anthony Soole sits 7th in the outright standings, and is in control of Class B2, while Mattias Herberstein (10th outright) leads Class D. 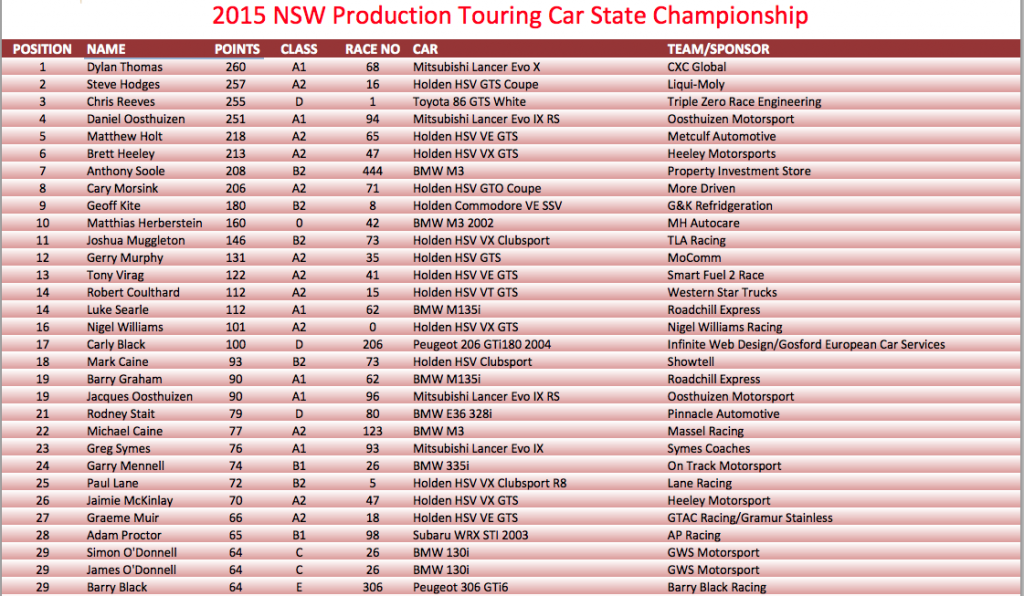 Supporting the Shaw Vineyards Production Touring Car Championship will be NSW Formula Race Cars, Improved Production Under and Over 2 Litres, the HQ Holden’s and Superkarts, plus Sports Sedans, and the FINAL round of both the New South Wales AND Australian Formula Vee Championships.

It’s an impressive line-up for what should be a terrific weekend of State Championship racing. If you’re planning on going to Sydney Motorsport Park this weekend, entry is FREE for Saturday, but $15 for Adults on Sunday, while children UNDER 12 will again enter free of charge.

As we gear up for the latest instalment of the 2015 Championship, let’s have a look back at what happened on the opening weekend of May, with this highlights package courtesy of Blend Line TV.