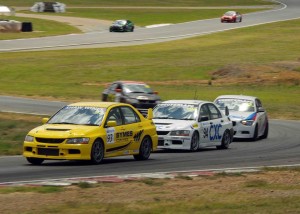 Date clashes are inevitable in Motorsport. With so many events across the country, and only 52 weeks to fit them in each and every year, we quite often find ourselves making the difficult decision of what event to attend, and which one to miss – and this weekend is a perfect example of that.

The final weekend in May sees the all conquering V8 Superlaps New South Wales Production Touring Car Championship burst back into life at Sydney Motorsport Park, while south of the border, the Phillip Island Grand Prix Circuit will play host to the opening round of the new-look Australian Production Car Series.

Sadly, drivers have been left to choose between the two, with the opening three rounds of the APCS clashing directly with Rounds 2, 3 and 4 of the NSWPTC. 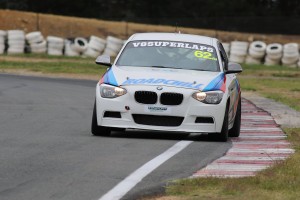 With the NSWPTC drawing a record number of entries for its sprint round at Sydney Motorsport Park, it comes as no surprise to see that the category is well represented on the APCS grid as well.

Steve Hodges, Robert Coulthard and Luke Searle, who all competed in the NSW Production Touring Car Championship last season are entered to race at Phillip Island, as is a driver who cut his tin-top racing teeth in the category, Aaron Seton.

The big talking point is the entry of Luke Searle and Paul Morris. It’s been a big three months for that BMW M135i. Barry Graham – the man who co-drove the MoComm Cup races with Luke Searle in 2015 – raced to a podium finish at the opening round of the NSWPTC at Wakefield Park in February, before they launched an assault on Mount Panorama. 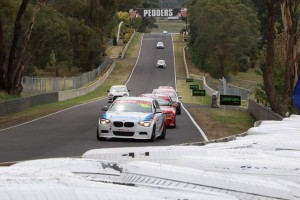 Sadly, Graham fell ill during practice, and was forced to withdraw, leaving Luke Searle the difficult task of finding a co-driver at the eleventh hour – enter Paul Morris, but the troubles didn’t end there.

The engine gave way in Saturday morning practice, which left the team with a big job on their hands, to get an engine change done before race start on Sunday. Sadly, despite their best efforts in getting the car to the grid, it was parked at Griffins bend on the opening lap of the race.

Two months on, Luke Searle may just finally get to fulfill a childhood dream, by racing with Paul Morris in this weekend’s Phillip Island 4 Hour. 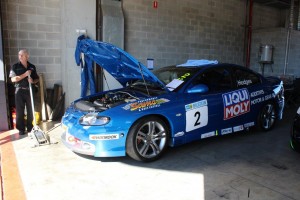 Aaron Seton will partner Beric Lynton in the Class A BMW M1. Seton is a former winner in the NSW Production Touring Car Championship. His biggest win in the series came at Sydney Motorsport Park in 2014, where he drove solo in the one-hour race, and claimed victory by 38 seconds from the 2015 MoComm Cup champion, Dylan Thomas.

Since then, Seton has raced in a number of different categories, and was most recently on the grid at Winton Motor Raceway, for the opening races of the brand new Toyota 86 Racing Series.

Steve Hodges is looking for further success in 2016, after a third-place finish in the 2015 NSWPTC State Championship. 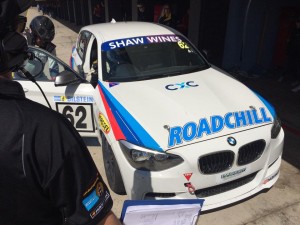 Hodges will be joined by Robert Coulthard for his tilt at the 2016 Australian series – Coulthard, of course, also a front-runner in the NSW series in recent times.

The pair joined forces for the recent Hi-Tec Oils Bathurst 6 Hour at Mount Panorama, but their campaign sadly ended  in retirement, after the Holden engine blew up on Conrod Straight.

The Hi-Tec Oils Commodore is one of 22 cars on the grid at Phillip Island this weekend.

Qualifying will take place on Friday afternoon, ahead of the 4-hour race on Saturday.

As for their New South Wales colleagues, private practice will be held on Friday, ahead of Qualifying and Race 1 on Saturday, ahead of two more sprint races on Sunday.