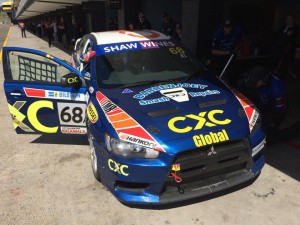 With the MoComm Cup title already secured for 2015, Dylan Thomas is out to complete the clean sweep, with the State and Club Championships to be decided at Sydney Motorsport Park next weekend.

Thomas enjoys a 16-point lead in the Club Championship over Chris Reeves, while the margin between the two in the State Championship is a much closer four points.

Reeves, the defending champion, leads Class D, while Thomas is in charge Class A1.

Thomas has enjoyed commanding wins in the last two rounds of the championship, one-hour enduro races at both Wakefield Park and Sydney Motorsport Park, but hasn’t enjoyed as much success in the sprint races so far this season.

Of the six shorter races contested, Thomas has only won three, which is still very impressive, but it just seems as though the other front-running cars are more competitive, and can challenge for the win over those shorter distances.

Thomas won three of the four enduros in the 2015 season, having won the second race at Mount Panorama as well, but his main rival over the shorter distances has been Daniel Oosthuizen, who’s taken two of those wins, which have been in trophy races, but as you’ll hear in this chat with Thomas, he’s only worried about one trophy.

Oosthuizen is also Thomas’ main rival in the Class A1 championship battle. Dylan enjoys a 12-point margin over Daniel coming into the final three races of 2015, and with the way the points structure works, their outright finishing positions in relation to each other in Class A1 will prove to be more important than in relation to the other man battling it out for the title, namely Chris Reeves in Class D. 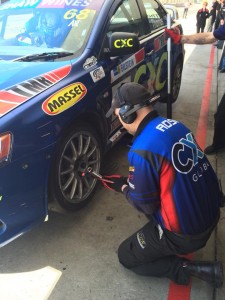 The other car that’s been a contender in Class A1 during the endurance leg of the season, is the #62 driven by Luke Searle and Barry Graham, but that car isn’t part of the massive field entered for the final round of 2015, which means the battle for class victory will be between Oosthuizen and Thomas – the winner of the round could also well be the winner of the outright championship.

The CXC Global Racing star has completed his season in Formula Vee, so now tin-top racing will be his focus for the rest of 2015.

Thomas will compete in the three races at Sydney Motorsport Park this weekend, then head to Winton for the Valvoline Winton 300 a fortnight later. The 300 is the final round of the Australian Endurance Championship, and endurance racing is very much on everyone’s mind at present, Thomas included. 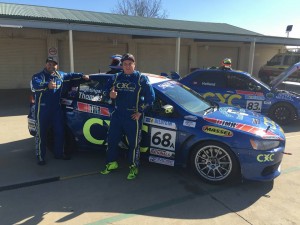 The well publicised debut of the Hi-Tec Oils Bathurst 6 Hour, has everyone excited about their 2016 pilgrimage to Mount Panroama.

Thomas has already revealed that he’ll team up with Terry Nightingale, the former Bathurst local who now calls Victoria home, for the event, which is something that excites Nightingale, as Bathurst has a special place in his heart.

The dream of standing on the top step at that famous place could soon be a reality for the 27-year old, as the CXC Global Entry he’ll share with Thomas is a car that you can expect to see battling it out for, not only class victory, but also outright honours on Easter Sunday, 2016.

For the moment though, the focus is very much on the Championship decider this weekend. 30 cars will contest the sprint round on the Brabham Circuit at Sydney Motorsport Park, with Qualifying on Saturday Morning, Race 1 on Saturday Afternoon, before one race during the morning and afternoon sessions on Sunday, as part of the final round of the NSW State Motor Racing Championships for 2015.