On the back of a hugely successful start to the 2016 season, the V8 Superlaps Production Touring Car Championship is now kicking goals off the track, following confirmation of the category’s new partnership with national not-for-profit, Soldier On.

Soldier On, which was established in 2012, helps veterans who have been impacted by their service transition from the Defence Force to civilian life  by offering a full range of services, including psychological, family and community inclusion, and educational and employment ready services.

The V8 Superlaps Production Touring Car Championship will be playing their part in helping those service men and women, by having them incorporated into the paddock, with our teams and drivers, through selected events of the championship season. 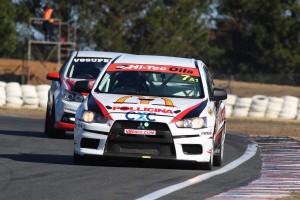 NSWPTC President, Gerry Murphy, has been working on this project for several months, and said on the category’s social media page, “Sometimes, we get to give back, to say thank you.”

Throughout negotiations, Murphy has been working and communicating with Soldier On’s Sporting and Programs Manager, Tony Fraser, and both parties are delighted to be announcing the partnership.

Gerry Murphy said “We are honoured to be able to craft this initiative with Tony Fraser and the Soldier On team, to afford us the opportunity to give back, to say thank you, to these brave men and women who have served Australia”.

“We have strong links to the services within our category and the interest has been fantastic from our teams to become involved in the programme. We are focused on providing valued experiences to the Soldier On crew and we have an exciting plan for long term engagement. We are honoured to partner with Soldier On and look forward to a mutually beneficial relationship”.

The V8 Superlaps Production Touring Car Championship is always looking for ways to be involved in community and charity activites. Most recently, drivers from the NSWPTC worked with the Make A Wish Foundation, to take some of their clients out for a ride and hotlaps at Sydney Motorsport Park.

Tony Fraser explained how programs such as this are important so veterans have the chance to get involved with different communities.

“Research has indicated one of the biggest stressors a veteran will ever face is leaving the defence force. This is because they lose their unit and community. They lose people they have always counted on, no matter what, as well as their sense of identity,” explained Fraser.

“When this happens it can become a lonely world for a veteran. That’s why the work we do at Soldier On is so important. Our mission is to achieve the best reintegrated generation of serving and ex-serving men and women in Australia’s history. And programs such as this one help veterans be part of the wider community.”

Commenting on the partnership with the Production Touring Cars, Fraser said “Opportunities such as the chance to volunteer with the V8 Superlaps Production Touring Car Championship are important because they provide our veterans with purpose and social connectedness. We believe these two things are fundamental in helping veterans re-integrate back into civilian life once they leave the Defence Force, and volunteering opportunities play an important role in our transition program. Soldier On thanks V8 Superlaps Production Touring Car Championship for their support and for helping our veterans.”

Retired Major-General John Cantwell, AO DSC, who completed multiple operational deployments and commanded all Australian forces in Afghanistan and the wider Middle East, also shared his views on the new deal.
“Many veterans are interested in motor racing and this is a fantastic opportunity for veterans to once again be part of a high-energy team, focused on winning in NSW Production Touring Cars”. 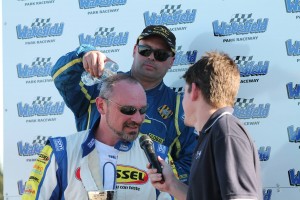 “Every effort to support our veterans who are struggling with the effects of their service deserves high praise, so I applaud Gerry Murphy and team on launching this exciting initiative”.

“Well done Gerry, this really is a wonderful idea”.

The MoComm Cup endurance race at Sydney Motorsport Park in September, is where the new partnership will commence. 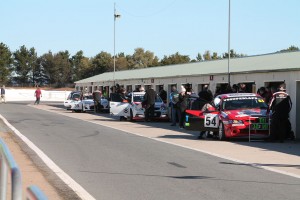 Selected members from the Soldier On Family will be integrated into a number of Production Touring Car Teams, where they’ll be involved as active team members right throughout the race weekend – that includes all aspects of running a car in a MoComm Cup endurance event.

They will also be immersed into category management, oversee things from a technical standpoint with our Technical Director Brian Anderson, assist with the More Driven Media broadcast production, and all other aspects that go with keeping over thirty cars competitive on a championship racing weekend.

For more information about Soldier On, visit soldieron.org.au