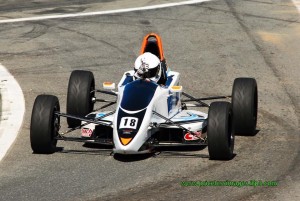 The New South Wales Formula Ford Championship will reach the half-way point this weekend, with races 7, 8 and 9 of the season at Sydney Motorsport Park, but they do so with a twist.

Recent changes to the Australian Motorsport landscape has seen the national Formula Ford series take a back seat, but that hasn’t stopped the category from forming a 6-round national series in 2016, and two of those rounds will in conjunction with NSW Formula Ford.

Both this round, and the State finale at Wakefield Park in August, will feature the best Formula Ford drivers from not only NSW, but right across Australia as well.

The New South Wales series is being led by Lachlan Gibbons, who has won five of the six championship races thus far. He clean-swept the opening round at Wakefield Park in Goulburn, before Ryan Pike took the opening race off him at the last round in Sydney.

Pike missed the opening round, but remains the only other race winner so far in 2016. 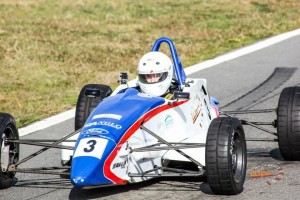 Series debutants Jett Bennett and Jake Donaldson will face their toughest challenge yet, as the stars of the national series come to town. Bennett and Donaldson have the opportunity to learn from some of the best this weekend, and the meeting presents a terrific opportunity for the pair to assess how far they’ve progressed in the opening half of the season, and how they compare to the national talent.

Speaking of national talent – experienced racer Leanne Tander headlines the massive field this weekend. Tander won the opening round at Sandown raceway at the start of April, and will be out to continue that form in Sydney, but is likely to face stiff competiton from former NSW series competitors, such as Chris Lazarevic, Jayden Ojeda, Anthony Colombrita and Andrew Kahl, who know the track inside out.

In the Kent series – at state level, Holihan and Hodges will resume their duel. Daniel Holihan and Simon Hodges, the Anglo-Australian Motorsport team-mates, have been evenly matched all year, with Hodges experience proving the difference, as he’s just had the edge in both Qualifying and Race trim over Holihan. Hodges remains undefeated after 2 rounds.

Holihan returns to Sydney with great confidence after an exciting outing at Sandown Raceway last weekend, in the Victorian Formula Ford series. Daniel was fast, and destined for a podium, but an off-track excursion cost him – he finished fourth for the round, with combined points for the weekend determining the finishing order.

Mark Lowing, Aaron Grech and Jason Liddell are expected to battle it out for the minor placings.

Three races will be contested across the weekend, after the battle for pole in qualifying on Saturday morning.