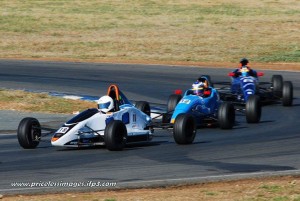 The class of 2015 provided some of the best racing we’ve ever seen in New South Wales Formula Ford, and the class of 2016 will be out to provide the same entertainment.

It’s a six-round season, and it’s starts this weekend at Goulburn’s Wakefield Park Raceway, where three rounds will be contested, with Sydney Motorsport Park to host the other three.

All six rounds will consist of three sprint races, and 18 races later, a champion will be crowned in both the Duratec and Kent classes.

As an added bonus for the category this season, two of the state rounds will double as rounds of the National series, pitting the states best against the country’s best, and that comes on the back of a restructure to the national series calendar, which sees two trips to NSW – one at the end of May at Sydney Motorsport Park, and one down in Goulburn on August 20-21.

Another incentive is the announcement earlier this week that the Formula Ford Association has secured a contract extension with the world renowned Mazda Road to Indy program in the United States.

The alliance will continue through until the end of the 2019 season.

The winner of the National series, will win a test in a US Formula 2000 car, along with some financial encouragement to compete in the first round in the Road to Indy Series. 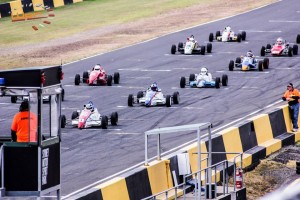 As for this weekend, Lachlan Gibbons headlines the field, which comprises ten cars. Jake Donaldson and Jett Bennett will do battle with Gibbons for Duratec honours.

In the Kent 1600 class, Simon Hodges and Rodney Baker will be the two to watch, meanwhile the ever improving Daniel Holihan will be looking to continue the consistent form he showed in the back end of the 2015 season.

As for the weather – hot and uncomfortable is the best way to describe it. 34 degrees on Saturday and 32 on Sunday, with the chance of a thunderstorm tomorrow, but mostly fine for the remainder of the weekend.

Qualifying gets underway at 11:15am on Saturday morning, with races of 14, 12 and 16 laps to follow throughout the weekend.