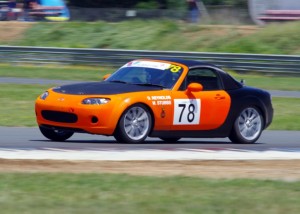 The Kumho Tyres Modern Sports Car Series will return to its traditional format of endurance racing this weekend, for the 2015 series finale at Goulburn’s Wakefield Park.

Daniel Reynolds holds the Championship lead with just two races remaining, after dominating his class through the opening two events of the season.

Reynolds made the move from Class B to E for 2015, and it’s paid off thus far, as he enjoys a 16-point lead over Class A front-runner Brian Anderson in the outright points standings, ahead of the final round of the series.

Reynolds last race this car at the Valvoline Winton 300, and will be out to avenge the DNF there, where a mechanical failure ended his race prematurely.

Defending Champion David Viner sits fourth, and second in class, behind Reynolds, and with 21 points separating them, Viner would need a lot to go his way, if he is to repeat his 2014 achievements. 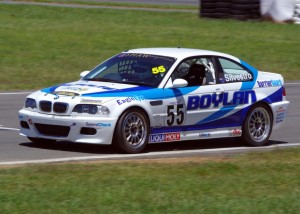 Sam Silvestro is third in the championship at present. This is the first season for Sam in Class A, of course, running the BMW M3 after two seasons running his Mazda MX5, which remains the most popular car in the competition.

Silvestro struggled at the previous round of the series, where a collision with David Viner, and a DNF hampered his results, and points score, but he remains second in class ahead of the only endurance races of 2015.

Other competitors making the trek to Goulburn this weekend include Peter Lacey all the way from Queensland, Anthony Soole, and the terrible twosome of Zane Al-Said and Chris Gough.

The field is the biggest of the season, which again highlights the popularity of endurance racing at club level.

There’ll also be some interesting cars on show this weekend, featuring the drivers I mentioned above. 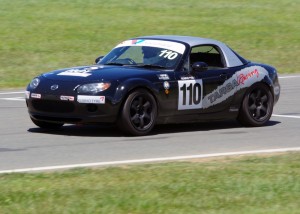 Zane Al-Said will return in Targa Racing’s left-hand drive Mazda MX5. Peter Lacey has ditched his MX5 in favour of a steer of the fabulous VW Scirocco that was driven by Al-Said and Gough in 2014, while Chris Gough will line-up in a BMW Z3M.

Elsewhere, Brian Anderson is missing, but there will still be BMW E46 M3 on the grid, with Anthony Soole lining up for his first run in Modern Sports Cars for 2015.

For the first time in Modern Sports Cars, we’ll see an Alfa Romeo on the grid, with Tony Bonnano running an Alfa Romeo Mito Sport car this weekend.

In all, six manufacturers are represented on the grid this weekend, with Mazda and the trusty MX5 being the make and car of choice. There’ll be seven MX5’s on the grid, three BMW’s, a VW Scirocco, an Alfa, one Honda Integra, and a Toyota 86 as well. 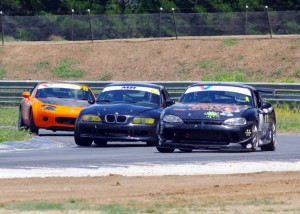 The Honda Integra of Richard Luff and Martin Bailey is a car we’ve seen on the grid before, but Richard Luff is having his first run in Modern Sports Car this season.

There’s a lot of interest in the 86 at the moment, with the new series starting up in 2016, supporting the V8 Supercar Championship. 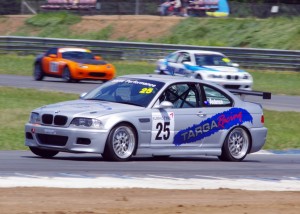 Of course, the return of endurance racing sees the return of co-drivers. Only three combinations will run two drivers this weekend. Rob Viner will have his first run in Modern Sports Cars this weekend, running alongside his father David. Bill and Will Rugg will team up in another Mazda MX5 family entry, while Richard Luff teams up with Martin Bailey in the Honda Integra.

Once again, the best presented car will be presented with the Meguiars car care products bucket, courtesy of Active Auto Sportique, and our friends at Peak Race Tyres will be handing out some fresh Kumho rubber to some lucky winners on Sunday afternoon.

Weather – possible shower tomorrow, but cloudy conditions and no rain forecasted for Sunday.

It’s set to be a terrific weekend of racing, and it all starts with, longer than usual, 20-minute Qualifying sessions for Driver A and B on Saturday morning, before the first race will be run at the end of Day 1 of the 2015 AASA ACT Championship Meeting, with Race 2 to be run right at the start of the final day, at roughly 9:30am local time.