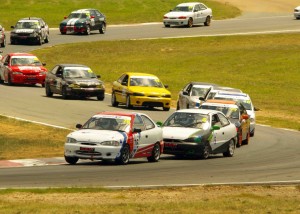 It was a hugely successful season for the Terry Denovan run Motor Racing Australia series in 2016, and that success has led to expansion in 2017.

After running a four-event schedule for many years, the AASA sanctioned series will now feature six events in 2017.

In another big change, not all of the events will be held at Goulburn’s Wakefield Park, with the series set to run two rounds at Sydney Motorsport Park – one on each the South (April 2) and North (June 3) circuits.

The April 29-30 Event at Wakefield Park will be the opening AASA NSW Championship meeting of 2016, of which the MRA series will play a small part, and in that, the Super TT series will have a rare endurance race. The full details of that event are still yet to be confirmed.

The All British Day will be somewhat discontinued, although the Triumphs will appear at Round 5 in Goulburn, with that event – which is normally held on the last Sunday in June – now being held on the first Sunday in July.

The series will start and finish in Goulburn, commencing on the last Sunday in January, as has become tradition, and the final round being held on September 10.

From all the team at Motor Racing Australia, we’d like to wish everyone a safe and Merry Christmas, and a Happy New Year. We look forward to having you with us trackside in 2017.

If you have any questions, please checkout our website www.motorrace.com.au,