It’s been the signature category of AASA sanctioned race meetings in Australia for many years, and once again, Super TT will headline the on-track action at Round 2 of the Motor Racing Australia series in Goulburn this weekend.

154 entries were received for the second event of the season, to be staged at Wakefield Park on Sunday, including 33 in Super TT.

The Super TT field features many of the drivers who contested Round 1 in January, like Parry Anastakis, as well as drivers from other fields of Motorsport, such as Time Attack competitor Benny Tran, and NSW Production Touring Car Championship racer, David Bailey.

Parry Anastakis eads the Championship, after an impressive performance in the opening round on the last Saturday in January. Parry showed the competition how it’s done on January 30.

He surprised many by taking pole position, as well as victory in races 1 and 2.

A spin early in race 3 would result in him finishing sixth in the race that decided the trophies.

Glenn Simmons capitalised on Anastakis’ misfortune to win the round.

This Sunday sees the return of both the Hyundai Excels and the Nissan Pulsars to the MRA paddock.

There’s no doubting that these two categories are a fan (and commentator) favourite, and they have been ever since their respective inceptions a few years ago.

The action-packed, close and competitive racing, along with the cost effective nature of both cars, has seen the fields grow excessively in recent times. What was once a combined field of 15-20 cars, is now two separate fields, with a combined total of 50 cars (27 Pulsars and 23 Excels) taking to the track this weekend.

In a quality Hyundai Excel field, there’ll be a lot of focus on Emily Duggan, who recently made her debut in the Kumho V8 Touring Car Series at Sandown Raceway.

Sadly, Duggan was unable to secure the support to contest the second round at Winton Raceway this weekend, so will race her Excel instead.

Brenden Vinckx won the last Excel race at Wakefield Park in April, and will likely be the one to catch this weekend. Glen Smith is also in the field. He’s been a regular front-runner since the series inception, and should challenge Vinckx and Adam Bryant this weekend, while Michael Ridings will fly the Bathurst flag as usual.

There’s one name on the lips of everyone in the Pulsar Challenge paddock at the moment – Dimitri Agathos.

Along with James Duckworth, Agathos proved that the little Nissan Pulsar can handle six hours on the most grueling and challenging motor racing real estate in the country, when they won Class E in the recent Bathurst 6 Hour.

Agathos will be hard to beat this weekend. The defending champion will sport the #1 on his car this weekend, in what is a record field for the Pulsars at a Motor Racing Australia meeting.

Joshua Heath is likely to be Agathos’ main challenger, but there’s plenty to be excited about in this field.

Jaie Robson will make his first race appearance in a Pulsar at Wakefield Park. Robson is not the first karter to make the Pulsar series his first step out of the open-wheel sport, and I dare say he won’t be the last… the Pulsar series is fast becoming a breeding ground for the next generation, not just because of the competitive nature of the series, but also because the competitors can go racing without breaking the budget.

Also competing this weekend will be renowned driver trainer John Boston, and former Modern Sports Car racer Ben Silvestro – his father Sam will be on track at Sydney Motorsport Park next weekend in the NSW Production Touring Car Championship. 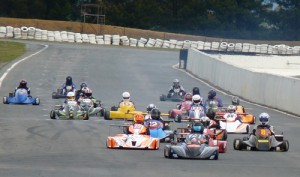 Elsewhere, a good field of Mini’s and Mazda MX5’s will be let loose for the second round of the series, as well as the Superkart Club of NSW, who are loyal supporters of the MRA series.

Daniel Deckers and David Stone will resume their duel in the MX5 series. John Walker will be looking for another round win in the Mini’s, while the Superkarters will put on a thrilling show as usual.

This weekend sees the return of the Alfa Romeo Veloce Series to Wakefield Park. Last time out, Alfio Musumeci smashed the competition, and he’ll be looking to repeat that dominant performance this time around.

Finally, 22 cars and drivers will race against the clock on Sunday, as they compete in the Regularity competition.

The Regularity sessions have often been the training ground for those drivers new to the sport, before they cut loose in a racing category later down the track.

Weather – early fog, then a mostly sunny day, with a top temperature of 22 degrees expected for Goulburn, which is unseasonably warm for that part of the world. 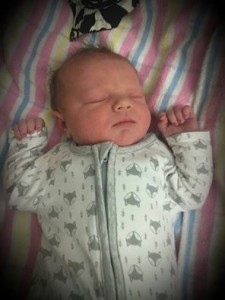 On a closing note, this writer would like to take the opportunity to congratulate the MRA Series Promoter Mr Terry Denovan, and his wife Danielle, on the safe arrival of their second son, Noah David Denovan on Friday, May 13. A new arrival for one of the great families of our sport, and another Motorsport fan in the making, which is always a good thing.

Mum and baby are doing well, and I’m sure I speak for everyone when I say we’re looking forward to meeting him, and seeing them back trackside soon.

FREE Entry to Wakefield Park on Sunday, with commentary available through 87.8FM, BUT – if you can’t be trackside, you’ll be able to view the action LIVE through YouTube for the first time ever, with thanks to Parry Anastakis and the team at Racing Peugeot Australia.