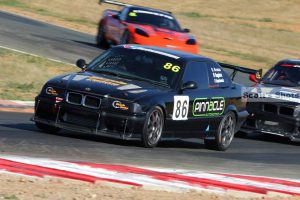 The ever popular Super TT series will return to racing this weekend at Goulburn’s Wakefield Park Raceway.

For the first time in years, the category will do away with their usual sprint race format, in favour of an endurance weekend, featuring two one-hour races.

It’s Round 3 of the 2017 championship, with this event being co-promoted by Wakefield Park and Terry Denovan’s Motor Racing Australia Series. Therefore, MRA series points are on the line for Super TT this weekend. 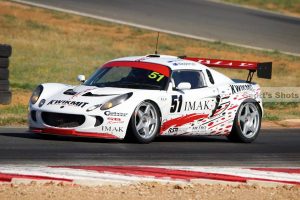 The last round at Sydney Motorsport Park was only four weeks ago, and on that occasion, Michael King stopped Jimmy Tran from claiming a clean sweep – Tran was victorious in Races 1 and 3, but King was able to hold off Tran, and claim the win in Race 2.

No less than 22 cars, 34 drivers will line-up for this race, with twelve entries opting to run two drivers for the endurance races.

Parry Anastakis leads the outright points score after two rounds so far, and will drive one of two Peugeot’s entered this weekend.

Anastakis will drive with Adrian Wuillemin in one 205 GTi, while John and Peter Taylor will team up in the second.

Mr MRA himself, Terry Denovan will be back on the grid for this round of the series, in his VH Holden Commodore. Denovan, due to his expanded role behind-the-scenes on MRA race days, has been unable to compete in the series over the last 18 months, but it’s a welcome return to the grid for him this Saturday. 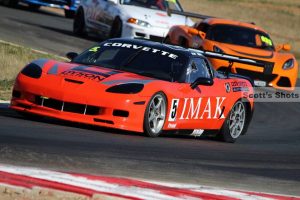 This weekend will be a family affair for some, with no less than three combinations (Bruce and Grant Robertson, Endree and Dori Saade, and John and Peter Taylor) teaming up for the two races.

Martin and Lachlan Higgins will also be competing, but in separate entries. Martin will drive the Mitsubishi Evo we’re so used to seeing the pair in, while Lachlan will drive alongside Lachlan McBrien in a Mini Cooper.

Adam Burgess teams up with Nick Filipetto in the Ginetta, a car that, should things run smoothly, will be hard to beat across each of the two races. 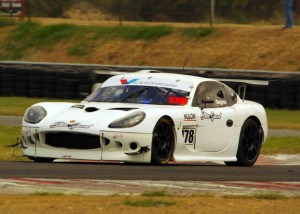 Filipetto has vast experience in a range of different cars around Wakefield Park, while Burgess won the 2016 Wakefield 300, in a Ginetta, with his father Craig.

Bugatto’s Corvette will be the main challenger to the Ginetta of Burgess and Filipetto for outright honours.

Daniel Kapetanovic and David Krusza will join forces once more, in a BMW 328i, and can’t be ruled out of podium contention – the duo have enjoyed great success in Winton and Wakefield 300’s over the years, and will again be strong this weekend.

Thirteen different manufacturers will be represented in the 22-car field, which spans five different classes – one more than usual.

BUT, for this event only, an Invitational Class has been added. 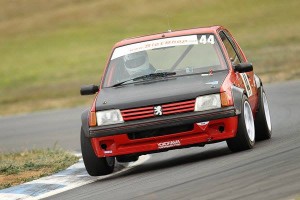 Like most endurance races, there’ll be a Compulsory Pit-Stop (CPS) window. For this weekend, the pit window will open at the end of the 15th minutes, and close at the end of the 45th minute. As is the case in the Wakefield 300, the minimum pit-stop time is FIVE minutes.

The two races will be the feature of the latest event in the 2017 AASA NSW Championships, which this weekend features racing on both two and four wheels.

Each day of the program will feature a 20-minute qualifying session, an 8-lap sprint race, and the one-hour enduro for Super TT, along with three motorcycle categories, the BMW E30 Series from Victoria, and the ever popular Legend Cars, so there’s no shortage of action at Wakefield Park this weekend.

For the rest of the MRA fraternity, the countdown continues, as they wait for the next round of the series, which will be at Sydney Motorsport Park on (Saturday) June 3.