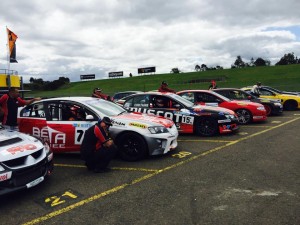 The New South Wales Production Touring Car Championship has expanded to eight events for season 2016, following the announcement that the category will be on the support bill for February’s Valvoline Wakefield 300 in Goulburn.

The event, scheduled for February 20 and 21, will now become the opening round of the 2016 season, and with it being five weeks prior to the Hi-Tec Oils Bathurst 6 Hour at Mount Panorama, it presents a terrific opportunity for all drivers, from around New South Wales and across Australia, to blow the cobwebs out of their cars after the summer break before hitting Mount Panorama – it also gives competitors that valuable time in a race car before heading to Bathurst.

For Club members, the Wakefield 300 support races are also of importance, because it’s now the new opening round of the Club Championship, so valuable points are up for grabs straight away, and that’s especially important for those drivers/cars not competing at the 6 Hour – as it’s their only opportunity to score points prior to May. 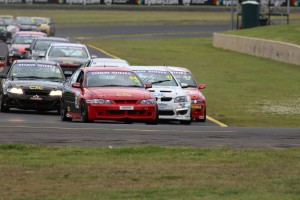 As for the newly scheduled opening round, organisers have confirmed that the schedule will include a Qualifying session, as well as three or four sprint races across the two days. The amount of races is dependant on time constraints, and will be confirmed once the full on-track schedule is announced in early February.

For some drivers, the weekend now becomes a little busier, as they’ll also be competing in the Wakefield 300 – the opening round of the 2016 Australian Endurance Championship.

Driver’s will be able to participate in unofficial practice at the 2.2km circuit on Friday February 19.