More events and a new venue the feature of 2018 season. 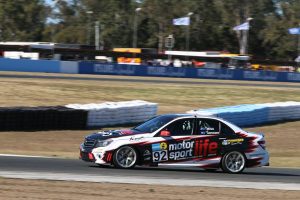 Murphy, and the rest of the Queensland Production Touring Car Championship fraternity, are at Queensland Raceway this weekend, for the final round of their inaugural season, and it’s there where they were proud to unveil their schedule for season two. 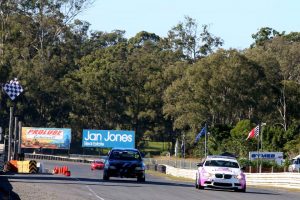 The 2018 MoComm QLDPTC Championship will see the series expand, with four rounds to be held in conjunction with the RACERS sanctioned events at Queensland Raceways venues, starting and finishing at the iconic Lakeside Park. 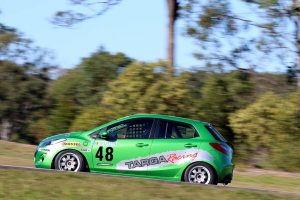 The series will again appear at the annual Ipswich Classic, which will be staged on the opening weekend of November in 2018, just two weeks prior to the final round at Lakeside Park.

Further expansion may see the series venture to Morgan Park in August – to fill the gap in the schedule. Talks are underway with CAMS, who are keen to host the series, at least once, at Morgan Park next season.

The Queensland series will also join forces with the national competition, when they visit Queensland Raceway with the Shannons Nationals in July. The category has been invited to run in the famed ‘Fight in the Night’ 300km race on the Saturday of the event, with an option of either running just that race, or backing up for another 300km on the Sunday, if they wish. 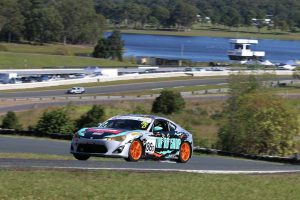 Race formats for all 2018 QLDPTC rounds will be confirmed closer to the start of the season.

Today, the final round of the 2017 season gets underway, with qualifying at around Midday AEST, ahead of Race 1 under lights, after 6:30pm, before our 2017 champion will be crowned tomorrow, with the final race of the season, another one-hour enduro, taking place at 8:30am AEST.

2MCE Sport is the only place to catch all the action, with a FULL REPLAY of BOTH races airing Monday and Tuesday night from 10pm-1am AEDST.