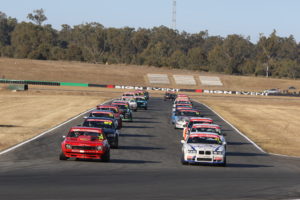 For the second time in as many seasons, the defending champion will be missing from the grid, when the Racer Industries Queensland Touring Car Championship launches into season 2019 this weekend.

While 2017 champion, Brett Kennedy returns to the grid for 2019 – after enjoying a year off in 2018 – his successor Murray Kent will not be there, as he is opting to focus on his TA2 series commitments instead.

The start of the season is later than usual, as a result of the postponement of the traditional season-opener, the Lakeside Tribute.

The rescheduled opening round will instead be held at Queensland Raceway this weekend, as part of the opening Queensland Racing Drivers Championship event of the season. 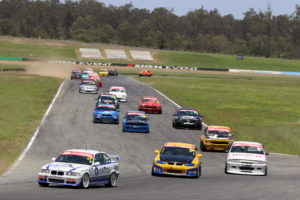 Like last season, the 2019 championship will be contested over six rounds, but only FIVE of those will count towards the overall points score at the end of the season, with competitors to drop their worst score from the opening two rounds of the championship.

This decision has been made to accommodate the tight turnaround between the first and second rounds of the season.

With Round 1 being held two weeks later than originally scheduled, the opening two rounds of the championship will now be staged on consecutive weekends, with Round 2 coming up at Morgan Park next weekend, as part of Round 2 of the Australian Motor Racing Series for 2019.

While competitors retain the right to compete in both events, they will only keep their points haul from one of those outings – with their worst score to be dropped. 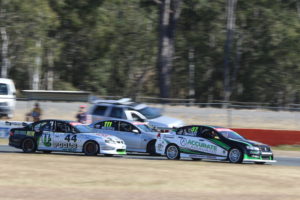 Also retained for 2019 – the three-class system that was introduced last year, but there are some small changes in place, in a bid to address the sand-bagging that was a prominent feature of Class B races, mostly at Lakeside Park, last season.

Competitors in class B, will now only be allowed to use their timers in Qualifying. In racing, they’ll receive one warning for breaking out, but after that, penalties will apply, and that will definitely shake things up throughout the course of the season, should that occur.

As this was due to be a Lakeside round of the championship, competitors will contest their four races on the shorter circuits at Queensland Raceway – with two races on the Sprint Circuit, and two on the Clubman. 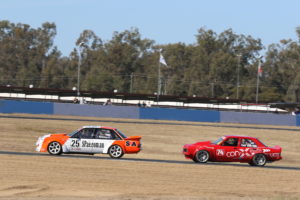 While the defending A1 champion is absent from the field in 2019, both the Class A2 and B champions – Stuart Walker and Mark Hyde respectively – feature in a massive field for the opening round of the championship.

After being runner-up last season, Steve Hay will go in pursuit of his first championship since 2016, while facing stiff competition from Christopher Sharples, who was the big improver in the back-half of the 2018 season.

In Class A2, Bayley Hall is back on the grid, and will be hoping for a far less turbulent run than he endured in his opening QTCC appearances last year. He’s got the speed, and with some good fortune in the mechanical department, there’s no reason why he won’t be fighting for class honours, alongside Gary Anger and Stuart Walker, right throughout the season. 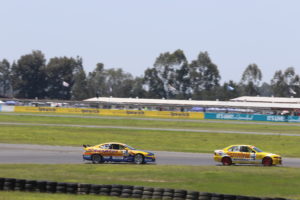 In 2018, particularly at Lakeside Park, Class B competitors provided some of the best racing we’ve seen in the QTCC. This weekend at QR, they’ll be looking to steal the show once again, and with the races being staged on the shorter circuits, the recipe for quality entertainment is high.

John Phoenix and Andrew Knight, now in a BMW, will look to emulate the terrific scrap they enjoyed in the corresponding round twelve months ago, but can expect a fight from the likes of Mark Giorgio and Les Hanifin, who’ll enjoy the long straights on the Clubman Circuit.

Shannon Cane is also back on the grid in 2019. After a difficult campaign last year – one that was plagued by ongoing mechanical dramas – the eighteen-year-old will be hoping for a much better run, and will sport new colours this season, with New Holland Agriculture coming on board. 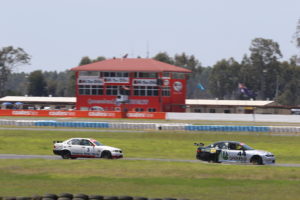 Unofficial practice takes place on Friday, ahead of Qualifying on Saturday morning, and four races across the weekend – Races 1 and 3 on the Clubman circuit, and 2 and 4 on the Sprint track.

Off-track this weekend, the category is doing their bit for one of their own. Trevor Lobegeiger is tackling a health battle at present, so to help him and his family out with that, the category will be selling raffle tickets throughout the weekend – prizes include signed Supercars merchandise, and V8 Race Experience Drives.

All proceeds will go to Trevor and his family. We wish him a speedy recovery.

So, who will Murray Kent’s successor be? Time will tell. The 2019 Racer Industries Queensland Touring Car Championship is ready to fire! 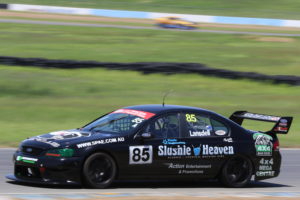