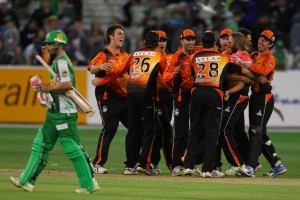 BBL|05 will consist of 35 matches in 38 days, including four double-headers, and to make it even better, Network TEN will air every game LIVE into all markets for the very first time.

Interest in the BBL is at an all-time high, and it’s growing in stature every season, with 8 teams battling it out for, not only the KFC Big Bash League winners trophy and prize money, but also the two spots up for grabs in the prestigious Twenty20 Champions League in India. 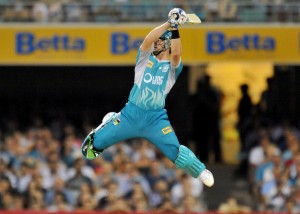 Filling those eight teams will be our finest domestic and international players, as well as some of the biggest names in world cricket, like Kevin Pietersen, Chris Gayle, Jacques Kallis and Luke Wright.

Melanie McLaughlin will anchor TEN’s coverage of the BBL – and as has been the case for the last two seasons, she’ll be joined by Mark Howard, Andy Maher, Adam Gilchrist, Damien Fleming, Ricky Ponting and Mark Waugh, and this year, Andrew ‘Freddie’ Flintoff makes the move from the Pitch to the Commentary Box, and will provide expert comments in selected games, as will Kevin Pietersen.

Change is on the way for the Women’s National Twenty20 competition as well this summer. 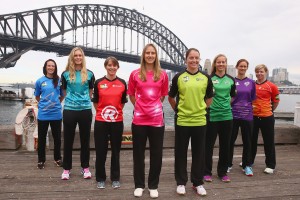 The rebel Women’s Big Bash League will feature the same eight franchises we see in the Men’s Big Bash, and replace the old State based Twenty20 competition we’ve seen in recent years.

Network TEN will broadcast eight matches from the inaugural women’s BBL on their sister channel ONE, including the Melbourne Derby, both semi-finals and the final.

All eight matches are curtain-raisers for a Men’s fixture later that day.

Commentary will be provided by Mel Jones and Lisa Sthalekar, who’ll also be playing for the Sydney Sixers in the competition.

Both competitions culminate with the Final on January 24. 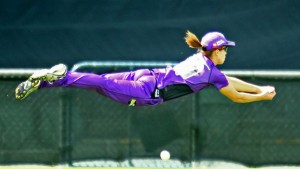 UPDATE #1: Network TEN confirmed yesterday (December 23), that they will now show the January 2 WBBL Melbourne Derby on Network TEN. The move to the primary channel follows good numbers for the networks opening two broadcasts of the Women’s Big Bash League.

UPDATE #2: Network TEN has made further amendments to it’s WBBL broadcast schedule. The Network will now screen both semi-finals LIVE on ONE, while next Saturday’s Sydney Derby will be screened on TEN, as will the FINAL.

Rebel WBBL|01 | Broadcast Matches [UPDATED] – Matches in bold are will air on TEN.