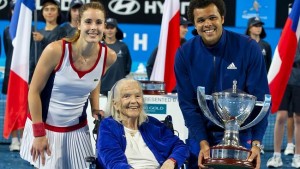 Western Australia will again play host to the Hopman Cup, as another Summer of Tennis starts in Australia.

The 28th Edition of the Hopman Cup will once again be staged at the Perth Arena from January 3-9.

Seven Sport will broadcast every match of the tournament LIVE on 7MATE or 7TWO, with Basil Zempilas and Mark Gibson hosting the coverage.

Australia will field two teams, as Lleyton Hewitt starts his farewell tour, teaming up with Jarmila Gajdosova for Australia Gold, while Nick Kyrgios and Daria Gavrilova team up for Australia Green. 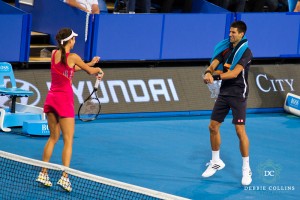 Other big names in action include Andy Murray and Heather Watson for Great Britain, Alexandr Dolgopolov for Ukraine, Sabine Lisicki for Germany, and Serena Williams for the USA.

Australia Gold will face the Czech Republic, Ukraine and United States in their three group contests, while Australia Green come up against Great Britain, Germany and France.

Seven Sport will deliver a minimum of 65 and a half hours of coverage.