For the first time since the 2002 FIFA World Cup, the game of Football returns to Channel Nine.

Through July and August, the Network will broadcast all 23 matches of the International Champions Cup, which includes three matches at the Melbourne Cricket Ground.

The network will also feature Liverpool’s tour of Australia, with matches against Brisbane Roar and Adelaide United to be shown LIVE on GO! 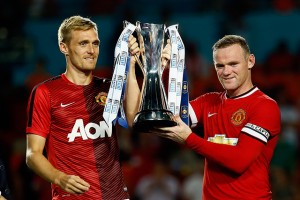 The International Champions Cup features some of the biggest and best teams in World Football, and in 2015, the competition will spread from North America to Europe, onto China for three matches, with Australia also hosting three for the first time ever!

AS Roma, Manchester City and Real Madrid will feature in the Australian leg, which will be shown LIVE, in prime-time on GEM.