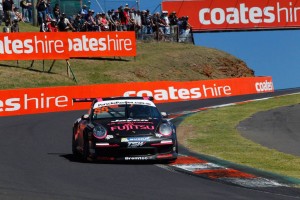 For the first time since 2007, the Porsche Carrera Cup Championship will venture to Darwin’s Hidden Valley Raceway.

The calendar sees the series again on the support card for the Clipsal 500 and the Australian Formula 1 Grand Prix, along with all three V8 Supercars Pirtek Enduro Cup events at Sandown, Bathurst and the Gold Coast.

The other two rounds in the eight round championship will be contested at Sydney Motorsport Park.

The V8 Supercar event will also feature the Asian Carrera Cup series, with both categories to run separately for the majority of the weekend, while the Rennsport meeting sees the Carrera Cup Australia pro-am move back to Sydney Motorsport Park, after being held at Phillip Island for the last two seasons.

This move also takes the series of the Shannons schedule for the first time since 2013, after supporting the Phillip Island event in 2014 and 2015.

The Porsche GT3 Cup Challenge will support the series at the Porsche Rennsport Australia event at Sydney Motorsport Park.

Television coverage will again be comprehensive, with Fox Sports to showcase all sessions for the six events being run in-conjunction with the V8 Supercars Championship, and Network TEN will provide highlights of all those events, plus LIVE coverage from races at the Clipsal 500, Sandown 500, Bathurst 1000 and Gold Coast 600.

Network TEN will also provide coverage of all races from the Australian Formula 1 Grand Prix.
Broadcast details for the Rennsport Australia event at Sydney Motorsport Park are yet to be confirmed.